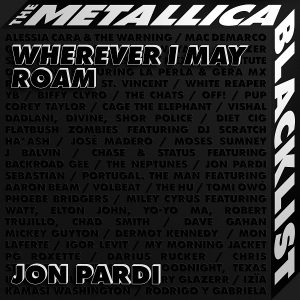 New from Jon Pardi this week, his take on the Metallica classic “Wherever I May Roam”, from “The Metallica Blacklist“.

Released in 1991, “Metallica” is Metallica’s top-selling album and the best-selling album of the Soundscan era, and is currently certified 16 times platinum with sales of nearly 17 million copies in the United States alone.