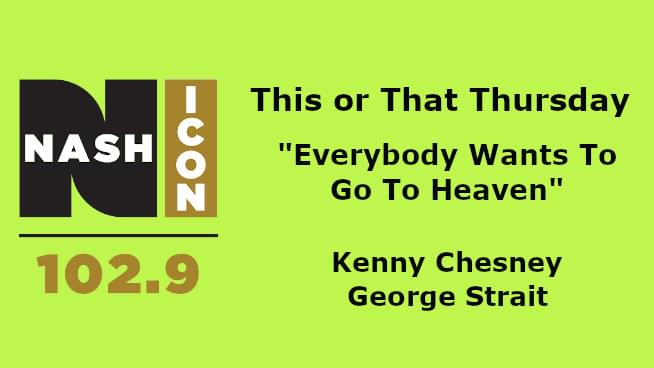 Kenny Chesney released “Everybody Wants To Go To Heaven” in August 2008 as the first single from his twelfth studio album ‘Lucky Old Sun‘. The tropical feel of this song is exactlythe type of song we’ve come to know and love from Kenny Chesney.

Earlier in 2008, another country music superstar had his eyes on “Everybody Wants To Go To Heaven”. George Strait had recorded a version of the song with the intentions of including it on his 2008 album “Troubador”. The song wound up not being included on George’s album, but George would later release his version of the song as a digital single.

Which version do you prefer? This version by Kenny Chesney?

Or that version by George Strait?