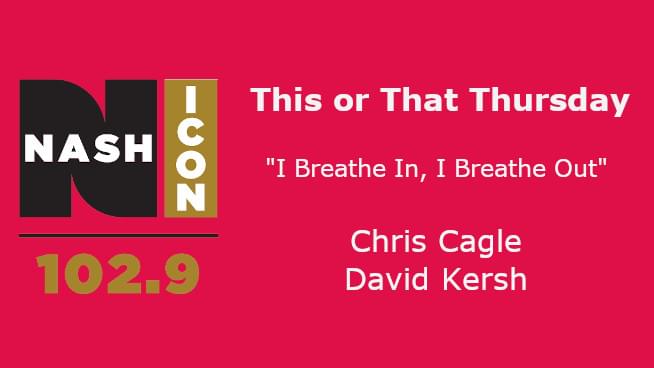 Chris Cagle had his first number 1 single in 2002 with a song he co-wrote called “I Breathe In, I Breathe Out”. It was released as the third single from his debut album “Play It Loud“.

In 1997, David Kersh released his version of the same song, “I Breathe In, I Breathe Out” on his second album, “If I Never Stop Loving You“.

Which version do you prefer?

This version by Chris Cagle?

Or that version by David Kersh?