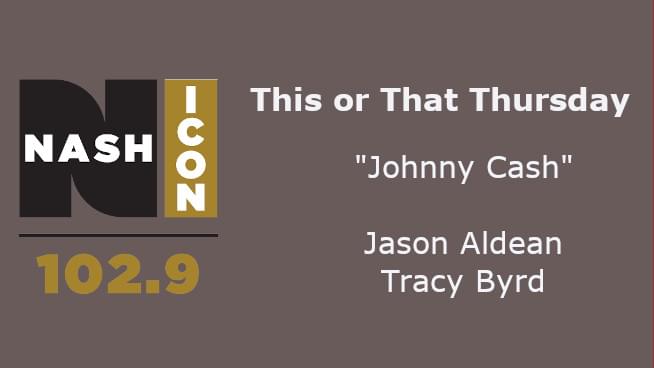 In 2005, Tracy Byrd released a Greatest Hits collection, featuring a new song called “Johnny Cash”. Jason Aldean recorded a version of the same song, and released it as the first single from his second album ‘Relentless”

Which version do you prefer?

This version by Jason Aldean?

Or that version by Tracy Byrd?