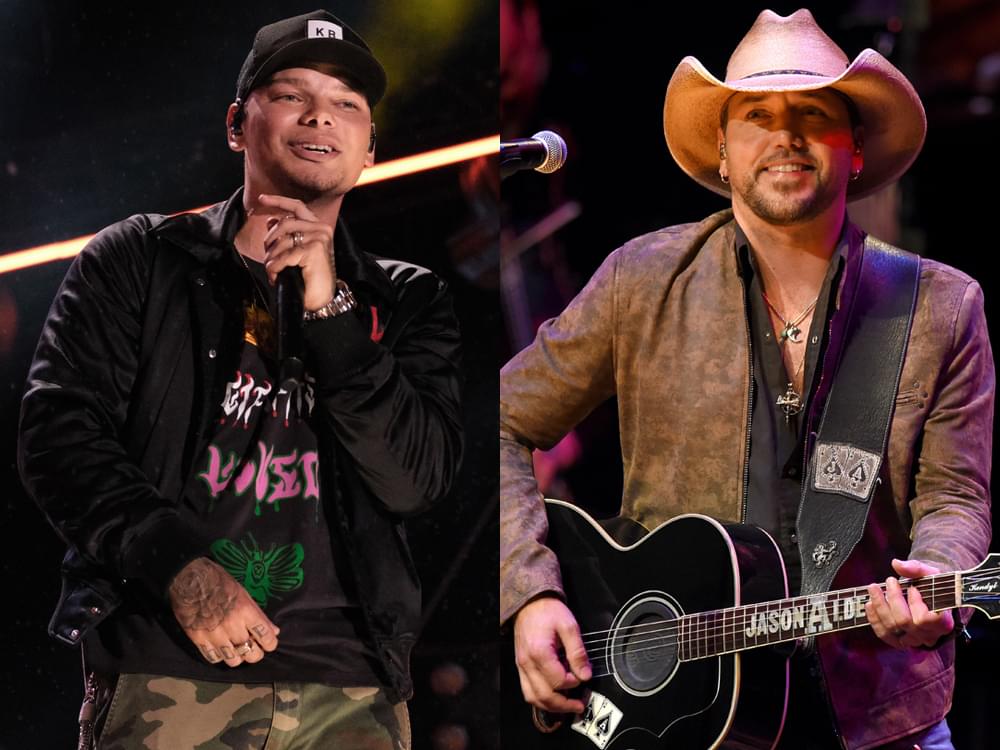 Good things happen when you take Kane Brown on tour with you. Just ask Jason Aldean, who recently completed his Ride All Night Tour, which featured support from Kane.

Jason revealed to The Ty Bentli Show that he and his family are living in a house owned by Kane—rent free—while construction continues on his new mansion. Jason shared the nugget while chatting with Ty and co-host Chuck Wicks—who is also his brother-in-law—about his upcoming Thanksgiving plans.

“For free, yeah, well,” says Jason while smiling. “Kane just bought a new house, and he had a house he was trying to sell, so I was talking to him one day, and I said, ‘Man, I wish I had known you were buying a house—I’m paying rent—I’d rather pay it to you.’ Plus, he lives very close to Chuck and Kasi. Where we were [renting] was probably 30 minutes away or so. And so, I was like, ‘Man, I wish I had known, I would have just paid you for a while,’ and he was like, ‘Man just move in. I don’t care, just move in to my house.’ So we moved in his house over there a couple of weeks ago and we’re gonna stay there until our house is built.”

Check out a video clip of the entire conversation below.